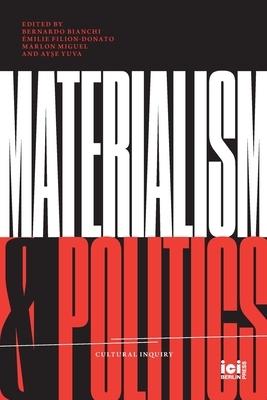 What remains of materialism's subversive potential - i.e., its ties with heresy or atheism and republicanism or communism - and to what extent does this concept still interpellate us politically and philosophically?

As neoliberal policies expanded far beyond the state, their mechanisms of control seeped into the materiality of social reproduction, solidifying a conception of matter as something inert, to be appropriated, manipulated, and exploited. If in this context the subversive nature of a reference to materiality is called into question, it has also provoked new forms of resistance, as well as fundamental reconsiderations of the political implications of the notion of 'matter'.

Against this background, the aim of this book is to show the diversity within continued engagements with materialism as a central concept for progressive politics, be it in the direction opened up by New Materialism, in renewed forms of Marxist and Spinozist based approaches, or in feminist analyses, each in their own terms, without excluding the possibility of alliances between them.

Finally, this volume insists that the study of materiality and materialist approaches does not amount to a renunciation of philosophy, but rather urges us to broaden the task of philosophical thought in order to reconsider the historical and, in every sense of the word, material situatedness of all philosophical problems. Against a reductive and ahistorical conception of materialism - the straightest way back to ideology -, this book offers an analysis of its diverse emancipatory potentialities.