A Final River to Cross: The Underground Railroad at Youngstown, NY (Paperback) 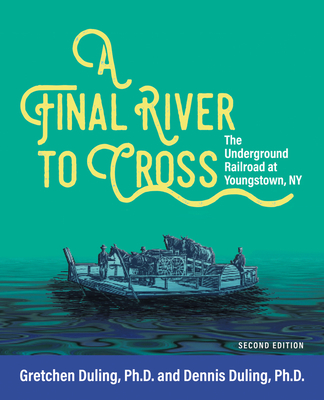 Gretchen Duling grew up in Gallipolis, a small Ohio River town that was an Underground Railroad crossing site. Her early degrees were in Music Education from the Chicago Musical College at Roosevelt University, an M.A. in Creative and Gifted Education from Buffalo State College, and an M.S. in Educational Administration and Supervision from Canisius College in Buffalo, New York. While researching her doctoral dissertation for the New York State University at Buffalo, she used both traditional historical and oral historical methods. Now a retired teacher, she has sought to answer the many unanswered questions about the history of the Underground Railroad. Dennis Duling spent his early years in Coshocton, a small town in east-central Ohio. He graduated from the college of Wooster, McCormick Theological Seminary, became an ordained Presbyterian minister, and continued his studies at the University of Heidelberg and the University of Chicago, and did postgraduate research at Yale, Yeshiva, and Heidelberg Universities. He has authored books and technical studies in his field, held offices in professional societies, given academic presentations in the U.S., Europe, and South Africa, and spent time in the Middle East. He is Professor Emeritus, Canisius College in Buffalo, New York.