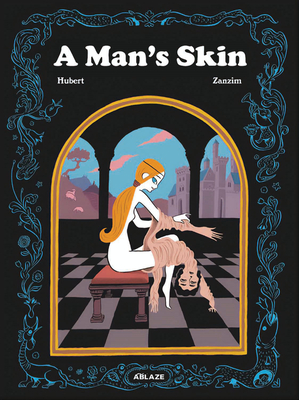 In Renaissance Italy, Bianca, a young lady from a good family, is of marriage age. Her parents find her a fianc to their liking: Giovanni, a rich merchant, young and pleasant. The wedding looks set to go smoothly even though Bianca can't hide her disappointment at having to marry a man she knows nothing about. But before the marriage, she learns the secret held and bequeathed by the women of her family for generations: a man's skin By donning it, Bianca becomes Lorenzo and enjoys all the attributes of a young man of stunning beauty. She can now visit the world of men incognito and get to know her fianc in his natural environment. In her male skin, Bianca frees herself from the limits imposed on women and discovers love and sexuality. The moral of the Renaissance then acts as a mirror to that of our century and poses several questions: why should women have a different sexuality from that of men? Why should their pleasure and freedom be the object of contempt and coercion? Finally, how can morality be the instrument of both severe and unconscious domination? Tackling universal themes such as gender, sexuality, LGBTQ+, compassion, religion, and morality through a captivating and subtle fable, Hubert and Zanzim brilliantly question our relationship to gender and sexuality... but not only that. By mixing religion and sex, morality and humor, nobility and outspokenness, A Man's Skin invites us both to the liberation of morals and to the mad and noble quest for love. This edition includes a lesson plan and discussion guide. Translated by Ivanka Hahnenberger.