In the Shadow of the Bridge: A Memoir (Hardcover) 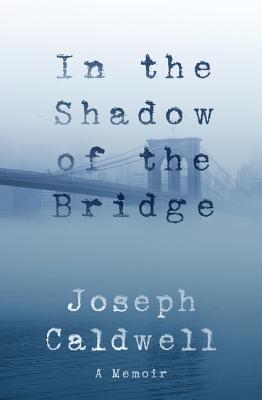 By Joseph Caldwell
$24.00
On Our Shelves Now. Click on the title to see details.

The bohemian, free-spirited existence that blessed many of Manhattan’s gifted artists and writers in the nineteen fifties and sixties has, with current skyrocketing rents and the high-income requirements of basic living, been nearly extinguished. And only for the likes of an astute observer such as Joseph Caldwell, perhaps be almost forgotten.

In his charming, brutally candid memoir, the author describes his tenure working at WQXR, the venerated classical music station, marching in civil protests and being arrested, his accomplished acquaintances, all of it part of the libertine life of a young gay man who becomes a noted playwright and novelist and Rome Prize winner. But then the mantle of the AIDS epidemic falls heavily on the city and exultation in free love and sex is replaced by unrelenting fear. In a twist of fate, a quixotic love that plagues Caldwell his entire life gives him one last chance at a relationship but in a completely unexpected and tragic ways.

This memoir is an important chronicle of the changing tide of artistic and gay life in New York City in the shadow of the plague years.

Joseph Caldwell is an acclaimed playwright and novelist who was awarded the Rome Prize for Literature by the American Academy of Arts and Letters. He is the author of five novels in addition to The Pig Trilogy, a humorous mystery series featuring a crime-solving pig. Caldwell lives in New York City.

“A tender memoir. [The] story of love and loss is told with earnestness and wit.”
— Publishers Weekly

“In telling the story of coming to NYC as a young man, grappling with his desire to be an artist, to be a man of faith, and his desire for the love of another man, Joseph Caldwell tells the story of a time and place—the story of a generation.”
— A.M. Homes, author of May We Be Forgiven

“Joseph Caldwell’s intimate portrait of gay life in New York City before Stonewall is an important addition to LGBTQ history. Caldwell is a compassionate and accomplished storyteller, and his memoir of a life well and fully lived is a book to treasure.”
— Peter Cameron, author of Someday This Pain Will Be Useful to You

Praise for Joseph Caldwell: “Caldwell writes a deceptively simple prose, without decoration, metaphor, or simile. He is well worth reading now and watching for in the future.”
— Doris Grumbach, New York Times Book Review on In Such Dark Places

“A novel with such brio that it could be the basis for a half-comedic, half-tragic grand opera … Bravo, Uncle!”
— The New York Times on The Uncle from Rome

“The Uncle from Rome is a dazzling tour de force, deftly melding the exaggerated passions of grand opera with the techniques of contemporary fiction, the novel kept buoyant by the humor inherent in the hero’s predicament.”
— The Los Angeles Times on The Uncle from Rome

“Joseph Caldwell’s The Pig Did It is a mischievous, even devious, wallow in a thoroughly Irish mire of love, loss, murder, and redemption, with a prescient porker, frothy pints, errant darts, and even a little plagiarism of the classics thrown in for good measure.”
— Bob Gray, Shelf Awareness, on The Pig Did It

“ . . . very funny . . . Caldwell’s shaggy pig story, the first of a projected trilogy, puts farcical doings into lilting language and provides a payoff that is as unexpected as it is satisfying.”
— Publishers Weekly on The Pig Did It