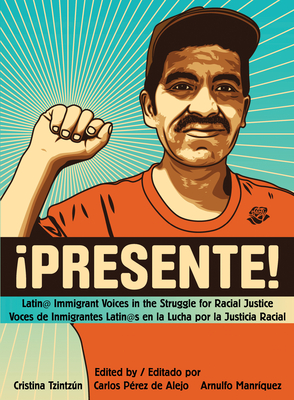 Read the media coverage of the increasingly heated debate around immigration reform in the United States: two dominant narratives emerge. From Lou Dobbs to Sean Hannity, commentators on the right have crafted an image rooted in fear, demonizing undocumented immigrants as a threat to national security and raising the specter of a deliberate browning of America. Left-leaning journalists, on the other hand, foreground victimization, emphasizing the plight of immigrants, stripping them of their agency. Neither captures the range of experiences within undocumented immigrant communities, and both fail to see immigrants as active participants in their own struggle for racial and economic justice.

Presente offers a rare perspective on the immigrant-rights movement, written by immigrant workers themselves. Including a range of essays exploring the intersection of race, class, and immigration in the United States, this anthology challenges its readers to move beyond a legalization-only framework and embrace a broader vision for social justice organizing embodied in the work of grassroots organizations across the country resisting state repression, cultivating solidarity, and building alternative models for progressive social change. Offered in a dual-language edition, with a foreword by Democracy Now co-host Juan Gonz les.

Carlos P rez de Alejo is the executive director of Cooperation Texas, an organization dedicated to the creation of sustainable jobs through the development, support, and promotion of worker-owned cooperatives.

Arnulfo Manr quez is an organizer at Workers Defense Project, where he organizes immigrant construction workers to defend their labor and human rights.