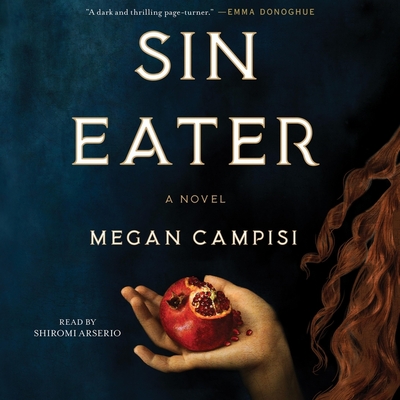 This is a fabulous kind-of-historical mystery, set in a period very similar to Elizabethan England. Every town has a Sin Eater - a woman who is shunned by society, but whose vital role is to hear the sins of the dying and then eat foods representing those sins so that she removes the sins from the dying and takes them on herself. This turns out to be an excellent setup for May, a brand new sin eater, to be privy to many secrets, and to be able to go just about anywhere. May has a wonderful character arc through the story as she explores what it means to be an untouchable in society. A compelling read!

“Oh my. Megan Campisi’s Sin Eater completely took me by surprise. It is a wholly unique combination of fantasy, mystery, and historical fiction. Filled with intriguing characters and vivid imagery, this inventive tale will immerse readers in the deceit and intrigue of the royal court. Campisi’s narrator is what really sets this novel apart — the sin eater, a woman called to hear the sins of the dying and consume the foods that represent them. A dark, thrilling read!”
— Anderson McKean, Page and Palette, Fairhope, AL

The Handmaid's Tale meets Alice in Wonderland in this gripping and imaginative historical novel about a shunned orphan girl in 16th-century England who is ensnared in a deadly royal plot and must turn her subjugation into her power.The Sin Eater walks among us, unseen, unheard Sins of our flesh become sins of Hers Following Her to the grave, unseen, unheard The Sin Eater Walks Among Us. For the crime of stealing bread, fourteen-year-old May receives a life sentence: she must become a Sin Eater--a shunned woman, brutally marked, whose fate is to hear the final confessions of the dying, eat ritual foods symbolizing their sins as a funeral rite, and thereby shoulder their transgressions to grant their souls access to heaven. Orphaned and friendless, apprenticed to an older Sin Eater who cannot speak to her, May must make her way in a dangerous and cruel world she barely understands. When a deer heart appears on the coffin of a royal governess who did not confess to the dreadful sin it represents, the older Sin Eater refuses to eat it. She is taken to prison, tortured, and killed. To avenge her death, May must find out who placed the deer heart on the coffin and why. "A keenly researched feminist arc of unexpected abundance, reckoning, intellect, and ferocious survival" (Maria Dahvana Headley, author of The Mere Wife) Sin Eater is "a dark, rich story replete with humor, unforgettable characters, and arcane mysteries. It casts a spell on your heart and mind until the final page" (Jennie Melamed, author of Gather the Daughters).