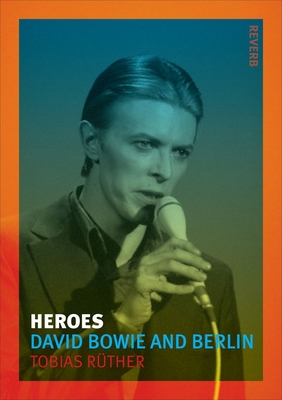 By Tobias Rüther, Anthony Mathews (Translated by)
$33.25
Special Order from the publisher

In 1976, David Bowie left Los Angeles and the success of his celebrated albums Diamond Dogs and Young Americans for Europe. The rocker settled in Berlin, where he would make his “Berlin Trilogy”—the albums Low, Heroes, and Lodger, which are now considered some of the most critically acclaimed and innovative of the late twentieth century. But Bowie’s time in Berlin was about more than producing new music. As Tobias Rüther describes in this fascinating tale of Bowie’s Berlin years, the musician traveled to West Berlin—the capital of his childhood dreams and the city of Expressionism—to repair his body and mind from the devastation of drug addiction, delusions, and mania.

Painting a vivid picture of Bowie’s life in the Schöneberg area of the city, Rüther describes the artist’s friendships and collaborations with his roommate, Iggy Pop, as well as Brian Eno and Tony Visconti. Rüther illustrates Bowie’s return to painting, days cycling to the Die Brücke museum, and his exploration of the city’s nightlife, both the wild side and the gay scene. In West Berlin, Bowie also met singer and actress Romy Haag; came to know Hansa Studios, where he would record Low and Heroes; and even landed the part of a Prussian aristocrat in Just a Gigolo, starring alongside Marlene Dietrich. Eventually Rüther uses Bowie and his explorations of the cultural and historical undercurrents of West Berlin to examine the city itself: divided, caught in the Cold War, and how it began to redefine itself as a cultural metropolis, turning to the arts to start a new history.

Tying in with an exhibition at the Museum of Contemporary Art, Chicago, in September, 2014, Heroes tells the fascinating story of how the music of the future arose from the spirit of the past. It is an unforgettable look at one of the world’s most renowned musicians in one of its most inspiring cities.

Tobias Rüther is a journalist for the Frankfurter Allgemeine Zeitung in Germany.

Anthony Matthews is an associate lecturer at the Open University.