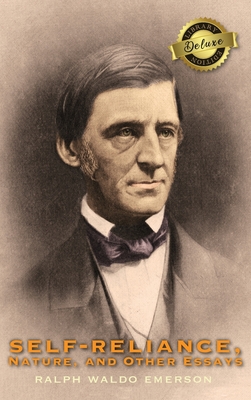 Self-Reliance is an 1841 essay written by American transcendentalist philosopher and essayist Ralph Waldo Emerson. It describes the need for each individual to avoid conformity and false consistency, and follow his own instincts and ideas. Also included are the essays The Over Soul, Circles, The Poet, Experience, Nature, and Friendship.

Emerson helped start the beginning of the Transcendentalist movement in America. The Transcendentalist movement flourished in New England, and proposed a revolutionarily new philosophy of life. This new philosophy drew upon old ideas of Romanticism, Unitarianism, and German Idealism. Some of these ideas pertained closely to the values of America at the time. These values included nature, individualism, and reform, and can be noted in Emerson's essays.