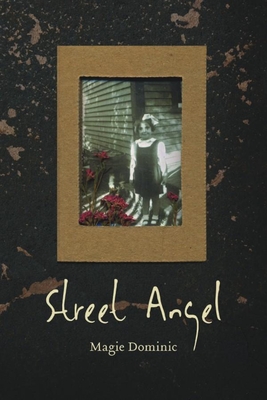 Magie Dominic's first memoir, The Queen of Peace Room, was shortlisted for the Canadian Women's Studies Award, ForeWord magazine's Book of the Year Award, and the Judy Grahn Award. Told over an eight-day period, the book captured a lifetime of turbulent memories, documenting with skill Dominic's experiences of violence, incest, and rape. But her story wasn't finished.

Street Angel opens to the voice of an eleven-year-old Dominic. She's growing up in Newfoundland. Her mother suffers from terrifying nighttime hallucinations. Her father's business is about to collapse. She layers the world she hears on radio and television onto her family, speaking in paratactic prose with a point-blank delivery. She finds relief only in the glamour of Hollywood films and the majesty of Newfoundland's wilderness.

Revealing her life through flashbacks, humour, and her signature self-confidence, Dominic takes readers from 1950s Newfoundland to 1960s Pittsburgh, 1970s New York, and the end of the millennium in Toronto. Capturing the long days of childhood, this book questions how important those days are in shaping who we become as we age and time seems to speed up. With quick brush-stroke chapters Dominic chronicles sixty years of a complex, secretive family in this story about violence, adolescence, families, and forgiveness.