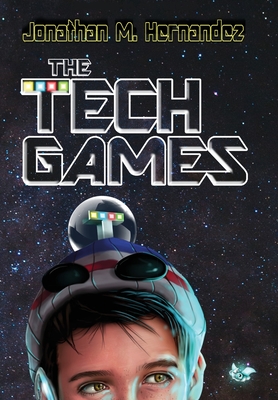 Every four years, the eight nations of Onan gather for a celebration like no other: the Tech Games. The Olympics of Gaming.

And Charlie Robles is going to bring home the gold.

Or that's the dream-and no one dreams like Charlie, his entire life a hyperactive ricochet between whatever new tech he can get his hands on and however many naps he can squeeze into his middle school schedule. Charlie is wildly enthusiastic, and he plays Battle Playground with more heart than anyone.

Yet when the Tech Committee of Ethernet United Sectors offers an internship to the best players in the annual Techie Games-the competition for aspiring tech runners across the nation-Charlie finds the opportunity he's been dreaming of all his life.

Except he's not the only one dreaming.

Fourteen-year-old Eddie Fatu is everything an up-and-coming tech runner should be. But underneath his prodigious robotics skill and his athleticism is an unshakeable determination to provide his ailing mother the better life they both lost when his father died. The Tech Games are his way out of public housing. And no middle school child is going to stand in his way.

But rivals make you stronger. And if Charlie and Eddie want to achieve everything they've dreamed, they may just have to learn to work together.

A tale of tenacity and technology in a brand new world, The Tech Games is the energetic and endearing YA sci-fi debut of Jonathan M. Hernandez.