Sex Science Self: A Social History of Estrogen, Testosterone, and Identity (Hardcover) 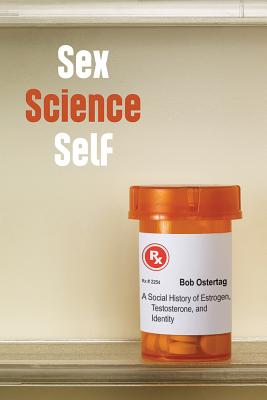 In Sex Science Self, Bob Ostertag cautions against accepting and defending any technology uncritically -- even, maybe even especially, a technology that has become integrally related to identity. Specifically, he examines the development of estrogen and testosterone as pharmaceuticals.

Ostertag situates this history alongside the story of an increasingly visible and political lesbian, gay, bisexual, and transgender population. He persuasively argues that scholarship on the development of sex hormone chemicals does not take into account LGBT history and activism, nor has work in LGBT history fully considered the scientific research that has long attempted to declare a chemical essence of gender. In combining these histories, Ostertag reveals the complex motivations behind hormone research over generations and expresses concern about the growing profits from estrogen and testosterone, which now are marketed with savvy ad campaigns to increase their use across multiple demographics.

Ostertag does not argue against the use of pharmaceutical hormones. Instead he points out that at a time when they are increasingly available, it is more important than ever to understand the history and current use of these powerful chemicals so that everyone -- within the LGBT community and beyond -- can make informed choices.

In this short, thoughtful, and engaging book, Ostertag tells a fascinating story while opening up a wealth of new questions and debates about gender, sexuality, and medical treatments.

Bob Ostertag is professor of cinema and digital media at the University of California, Davis. He is the author of three books, including Creative Life: Music, Politics, People, and Machines. He is also an internationally known composer, performer, instrument builder, activist, and journalist. More information about his work can be found on his website, bobostertag.com.