Lies about My Family: A Memoir (Hardcover) 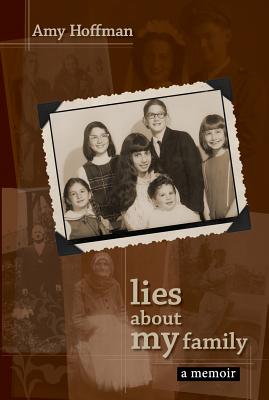 All of Amy Hoffman's grandparents came to the United States during the early twentieth century from areas in Poland and Russia that are now Belarus and Ukraine. Like millions of immigrants, they left their homes because of hopeless poverty, looking for better lives or at the least a chance of survival. Because of the luck, hard work, and resourcefulness of the earlier generations, Hoffman and her five siblings grew up in a middle-class home, healthy, well fed, and well educated. An American success story? Not quite -- or at least not quite the standard version. Hoffman's research in the Ellis Island archives along with interviews with family members reveal that the real lives of these relatives were far more complicated and interesting than their documents might suggest.

Hoffman and her siblings grew up as observant Jews in a heavily Catholic New Jersey suburb, as political progressives in a town full of Republicans, as readers in a school full of football players and their fans.

As a young lesbian, she distanced herself from her parents, who didn't understand her choice, and from the Jewish community, with its organization around family and unquestioning Zionism. However, both she and her parents changed and evolved, and by the end of this engaging narrative, they have come to new understandings, of themselves and one another.

Amy Hoffman is editor in chief of the Women's Review of Books and a faculty member in the Solstice MFA program at Pine Manor College. She is author of An Army of Ex-Lovers: My Life at the "Gay Community News" and Hospital Time. Her website is www.amyhoffman.net.