Portraits at an Exhibition (Paperback) 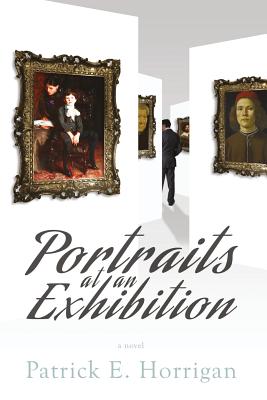 An alienated young man searches for his life's purpose through a gallery of portraits at an exhibition. Afraid he may have contracted HIV the night before during a risky sexual encounter and only beginning to fathom the possible consequences, Robin winds his way through the rooms, studying the portraits of people from faraway places and times, looking for clues in the lives of others to the mystery of his own discontent. Several masterpieces of portrait painting, reproduced in the novel, become the focal-points of Robin's physical and spiritual journey; ranging from the Renaissance to the turn of the 21st century, they include works by such famous artists as Sandro Botticelli, Diego Velazquez, and John Singer Sargent. Each portrait opens like a time capsule to Robin's gaze, releasing stories about the sitters, artists, and critics who, over the centuries, have turned their everyday struggles, disappointments, and dreams into transcendent works of art. In the gallery, Robins bumps into a flesh-and-blood stranger--an HIV-positive psychotherapist and former monk--with whom he feels an uncanny rapport. Their meeting could change his life, but first he will have to confront a disturbing truth about himself. Steeped in art history and rich in psychological intrigue, Portraits at an Exhibition plunges the reader directly into the mind of Robin, seeing as he sees, reading what he reads, and learning, along with him, the often unsettling life lessons that only the closest observation of great art can teach. Winner of the 2016 Art in Literature: the Mary Lynn Kotz Award.