The Decline and Fall of Practically Everybody (Nonpareil Books #31) (Paperback) 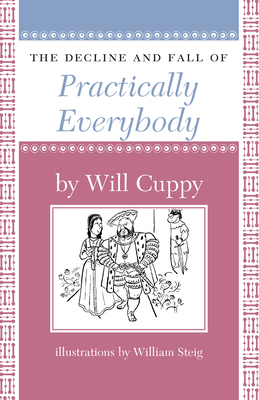 This is book number 31 in the Nonpareil Books series.

A very funny view of the great, and nearly great, people throughout history by New Yorker humorist Will Cuppy.

Hysterically funny (yet historically accurate), Cuppy transforms luminaries such as Nero, Cleopatra, Alexander the Great, Lucrezia Borgia, Attila the Hun, Lady Godiva and Miles Standish into human beings. These are not the usual portraits but as we would have known them Cuppy-wise: foolish, fallible, and very much our common ancestors. After leaving Chicago for New York City, for eight years, from 1921 to 1929, Will Cuppy lived as a hermit on Jones Island, off Long Island's South Shore. From there, he gained a reputation for his factual but funny magazine articles and wrote the book, How to be a Hermit, his first bestseller. The Decline and Fall of Practically Everybody was left unfinished after Cuppy's death in 1949. The manuscript was completed by a friend from some 15,000 note cards in Cuppy's apartment. The book spent four months on the New York Times bestseller list and has endured as a classic of American humor.