The Viewpoints Book: A Practical Guide to Viewpoints and Composition (Paperback) 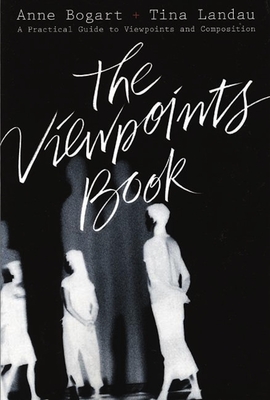 The Viewpoints is a technique of improvisation that grew out of the postmodern dance world. It was first articulated by choreographer Mary Overlie, who broke down the two dominant issues performers deal with--space and time--into six categories. Since that time, directors Anne Bogart and Tina Landau have expanded her notions and adapted them for actors to function together spontaneously and intuitively and to generate bold, theatrical work.

The Viewpoints are a set of names given to certain principles of movement through time and space--they constitute a language for talking about what happens on stage. Coupling this with Composition, which is the practice of selecting and arranging the separate components of theatrical language into a cohesive work of art, provides theatre artists with an important new tool for creating and understanding their art form.

Primarily intended for the many theatre artists who, in the last several years, have become intrigued with Viewpoints yet have had no single source to refer to in their investigations. It can also be used by anyone with a general interest in collaboration and the creative process, whether in art, business or daily life.

Anne Bogart is Artistic Director of the SITI Company, which she founded with Japanese director Tadashi Suzuki in 1992. She is the recipient of two OBIE Awards and a Bessie Award, and is an associate professor at Columbia University. Her recent works include Alice's Adventures; Bobrauschenbergamerica; Small Lives, Big Dreams; Marathon Dancing; and The Baltimore Waltz.

Anne Bogart is a director, teacher and co-founder of the SITI Company. Tina Landau, noted director and playwright, is best known for her collaboration with Adam Geuttel on Floyd Collins and is a past recipient of the Princess Grace Award. She has been an ensemble member of the Steppenwolf Theatre Company since 1997.