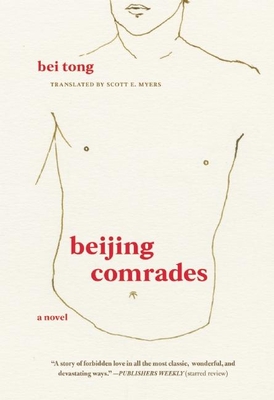 The sensational underground novel of homosexuality in late-1980s China that's been declared "one of the most significant Chinese novels of our time" (The New York Times).

When Handong, the ruthless, wealthy son of Communist party officials, is introduced to Lan Yu, a na ve, working-class architecture student, the attraction between the two young men is instant and all-consuming. Despite their very different lives, they spend their nights together, establishing a deep connection. But when their loyalties are tested, Handong is left questioning his secrets, his choices, and his very identity . . .

Beijing Comrades is the story of a tumultuous love affair set against the sociopolitical unrest of late-eighties China. Due to its depiction of gay sexuality and its critique of the totalitarian government, it was originally published anonymously on an illegal gay-themed website within mainland China.

This riveting and heartbreaking novel quickly developed a cult following, and remains "a meaningful excavation of homophobia and daily life in a rapidly changing China," and "a traditional story of forbidden love in all the most classic, wonderful, and devastating ways" (Publishers Weekly, starred review).

Bei-Tong is the anonymous author of Beijing Comrades. The pseudonymous author, whose real-world identity has been a subject of debate since the story was first published on a gay Chinese website over a decade ago, is known variously as Beijing Comrade, Beijing Tongzhi, Xiao He, and Miss Wang. Scott E. Myers is a translator of Chinese who focuses on contemporary queer fiction from the PRC. He holds a BA in philosophy from Hampshire College and master's degrees in Comparative Literature from New York University, in Chinese Translation from the Monterey Institute of International Studies, and in East Asian Languages and Civilizations from the University of Chicago. A former union organizer with experience in China's workers' rights movement, his translation of the diary of a retail worker in China appears in the book Walmart in China (ILR Press/Cornell University Press, 2011). Recently, he has been translating the work of avant-garde poet and novelist Mu Cao. His translations of Mu's poems have appeared in Epiphany journal (Winter 2014), and he is currently translating Mu's 2003 novel Outcast. Originally from California, he is a Mandarin teacher at a high school in Denver, Colorado.