The View from Here: Conversations with Gay and Lesbian Filmmakers (Paperback) 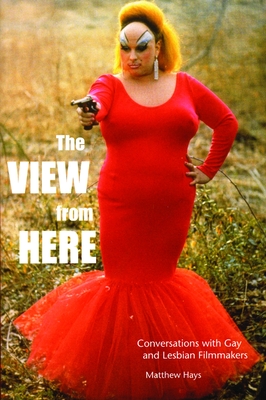 The history of gay and lesbian cinema is a storied one, and became that much larger with the recent success of Brokeback Mountain. But the history of gay and lesbian filmmakers is its own story. In The View From Here, queer directors and screenwriters speak passionately about the medium, in particular their personal experiences navi-gating the often cynical and cruel film industry. All of them offer fascinating anecdotes and ideas about cinema, and speak candidly about their attempts to combat studio apathy and demands of "the market" to create films that are entertaining, engaging, and truthful.

Matthew Hays is a Montreal-based journalist and film critic. He is a writer for the Montreal Mirror, and his articles have also appeared in The Globe & Mail, The New York Times, The Toronto Star, CBC ARts Online, and The Advocate. Hays also teaches courses in film studies, journalism, and communication studies at Concordia University in Montreal.