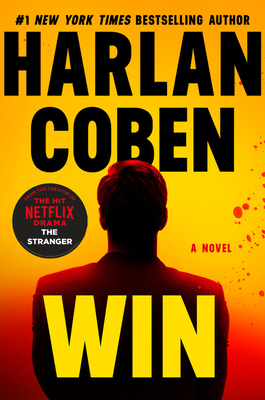 In this #1 New York Times bestselling thriller from Harlan Coben, a dead man's secrets fall into the hands of a vigilante antihero—drawing him down a dangerous road.

Over twenty years ago, the heiress Patricia Lockwood was abducted during a robbery of her family's estate, then locked inside an isolated cabin for months. Patricia escaped, but so did her captors — and the items stolen from her family were never recovered.

Until now. On the Upper West Side, a recluse is found murdered in his penthouse apartment, alongside two objects of note: a stolen Vermeer painting and a leather suitcase bearing the initials WHL3. For the first time in years, the authorities have a lead — not only on Patricia's kidnapping, but also on another FBI cold case — with the suitcase and painting both pointing them toward one man.

Windsor Horne Lockwood III — or Win, as his few friends call him — doesn't know how his suitcase and his family's stolen painting ended up with a dead man. But his interest is piqued, especially when the FBI tells him that the man who kidnapped his cousin was also behind an act of domestic terrorism — and that the conspirators may still be at large. The two cases have baffled the FBI for decades, but Win has three things the FBI doesn't: a personal connection to the case; an ungodly fortune; and his own unique brand of justice.

Harlan Coben is a #1 New York Times bestselling author and one of the world’s leading storytellers. His suspense novels are published in forty-six languages and have been number one bestsellers in more than a dozen countries, with eighty million books in print worldwide. His Myron Bolitar series has earned the Edgar, Shamus, and Anthony Awards, and several of his books have been developed into Netflix original series, including his adaptations of The Stranger, The Innocent, Gone for Good, The Woods, Stay Close, and Hold Tight, as well as the upcoming Amazon Prime series adaptation of Shelter. He lives in New Jersey.

“Coben, as is his wont, raises moral dilemmas readers will enjoy chewing on and pulse-pounding action scenes will keep the pages at least semi-frantically turning.”—BookPage (Starred Review)

"Twisty—and we'd expect no less from the author of hot thrillers like Tell No One and Missing You."—AARP

"Crafty plot twists, fast-moving action, and witty dialogue . . . Can the antihero become a hero after all? Win answers that question in surprising and satisfying ways."—BookTrib

"I gobbled [Win] in literally a couple of days . . . It's fantastic."—Rachael Ray

"Coben is the undisputed king of suspense."—The Real Book Spy

"Harlan Coben’s books are full of the thrilling, the unexpected, the twisty, and the memorable."—CrimeReads

"A propulsive thriller about a man whose quest to enact vigilante justice takes him down a dangerous path."—POPSUGAR

"Fun to read . . . with some tricky twists."—Pittsburgh Post-Gazette

"[Coben] has revealed himself as a master at shaping elaborate plots, and [Win] is no exception . . . keep[s] the reader guessing."—Toronto Star

"A clever, fun book . . . Characters are well done [and the] pacing is brisk."—Deadly Pleasures Mystery Magazine

"I read [Harlan Coben's] new book Run Away straight through without moving. It's RIVETING."—Ann Patchett (Praise for Run Away)

"Brilliantly executed...might be the best book Harlan Coben has ever written. For such a master storyteller, that's a high bar indeed but one Coben effortlessly crests...[Run Away] features an effortlessness and fluidity that define everything great storytelling should be. A fantastic read and early contender for the best thriller of 2019."—Providence Sunday Journal (Praise for Run Away)

"Every
time you think Harlan Coben couldn't get any better at uncoiling a whip snake
of a page-turner, he comes along with a new novel that somehow surpasses its
predecessor."—SanFrancisco Chronicle

"Harlan Coben is a master at taking what seems to be an ordinary family and exposing the facade and secrets that are buried just below the surface. With Run Away, his writing and storytelling are firing on all cylinders."—Associated Press (Praise for Run Away)

"A twisty, edge-of-your-seat thriller...to say more would ruin the sheer genius of...an absolutely brilliant, taut thriller that begs to be read in one sitting."—Library Journal (Starred Review, Praise for Run Away)