God Is Greater: Theology for the World (Paperback) 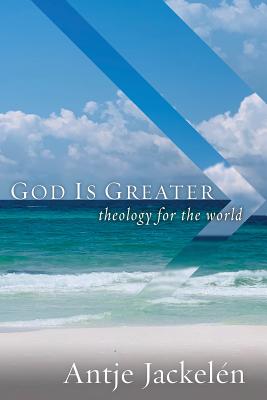 In 2007, Antje Jackel n adopted the motto God is greater from the First Letter of John 3:18-20 for her consecration as the bishop of the Diocese of Lund. Today, as the Lutheran archbishop of Sweden, Jackel n ministers by the same, ever-expanding belief: Of all the suffering, divisiveness, and hostility in the modern world's social and political climate, God is greater. Of the human search for understanding and all the questions left unanswered, God is greater. And even of the misunderstandings--the many places where humans' understanding of God, religion, and spirituality have gone horribly wrong--God is greater. For Jackel n, the belief God is greater does not negate the human need to seek answers. Rather, it encourages us to seek answers that expand, instead of simplify, our own understanding. In this revised edition of her 2011 book, translated from the original Swedish, Jackel n explores an ambitious range of topics, from the interplay between religion and science to the role of faith in seemingly secular landscapes, without settling for easy answers. In a time of rising political tension, where trite answers are a dime a dozen, Jackel n proposes a path forward: If we believe that God is greater--greater than our differences, our conflicts, our best achievements, and our worst failures--then we open up incredible space for advancement. It's in this space that communities of varying beliefs and traditions can come together through both dialogue and action to find greater meaning and greater good.