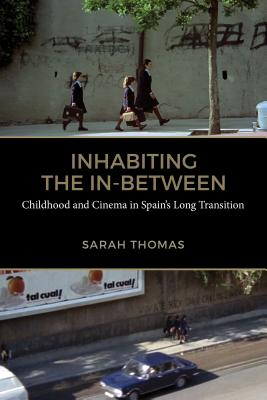 Although children have proliferated in Spain's cinema since its inception, nowhere are they privileged and complicated in quite the same way as in the films of the 1970s and early 1980s, a period of radical political and cultural change for the nation as it emerged from almost four decades of repressive dictatorship under the rule of General Francisco Franco. In Inhabiting the In-Between: Childhood and Cinema in Spain's Long Transition, Sarah Thomas analyses the cinematic child within this complex historical conjuncture of a nation looking back on decades of authoritarian rule and forward to an uncertain future.

Examining films from several genres by four key directors of the Transition - Carlos Saura, Antonio Mercero, V ctor Erice, and Jaime de Armi n - Thomas explores how the child is represented as both subject and object, and self and other, and consistently cast in a position between categories or binary poles. She demonstrates how the cinematic child that materializes in this period is a fundamentally shifting, oscillating, ambivalent figure that points toward the impossibility of fully comprehending the historical past and the figure of the other, while inviting an ethical engagement with each.