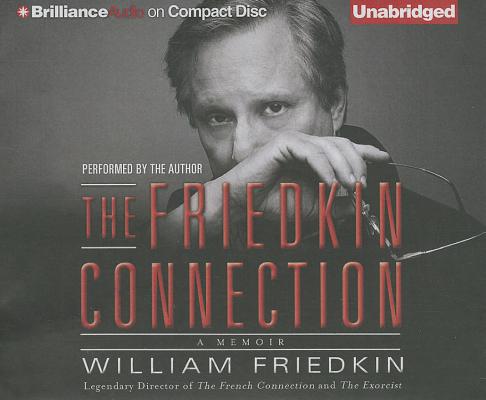 With such seminal movies as The Exorcist and The French Connection, Academy Award-winning director William Friedkin secured his place as a great filmmaker. A maverick from the start, Friedkin joined other young directors who ushered in Hollywood's second Golden Age during the 1970s. Now, in his long-awaited memoir, Friedkin provides a candid portrait of an extraordinary life and career.

His own success story has the makings of classic American film. He was born in Chicago, the son of Russian immigrants. Immediately after high school, he found work in the mailroom of a local television station, and patiently worked his way into the directing booth during the heyday of live TV. An award-winning documentary brought him attention as a talented new filmmaker, as well as an advocate for justice, and it caught the eye of producer David L. Wolper, who brought Friedkin to Los Angeles. There he moved from television (one of the last episodes of The Alfred Hitchcock Hour) to film (The Birthday Party, The Boys in the Band), displaying a versatile stylistic range. Released in 1971, The French Connection won five Academy Awards, including Best Picture and Best Director, and two years later, The Exorcist received ten Oscar nominations and catapulted Friedkin's career to stardom.

Penned by the director himself, The Friedkin Connection takes listeners on a journey through the numerous chance encounters and unplanned occurrences that led a young man from a poor urban neighborhood to success in one of the most competitive industries and art forms in the world.

Written with the narrative drive of one of his finest films, The Friedkin Connection is a wonderfully engaging look at an artist and an industry that has transformed who we are--and how we see ourselves.