Mexican Americans and the Question of Race (Paperback) 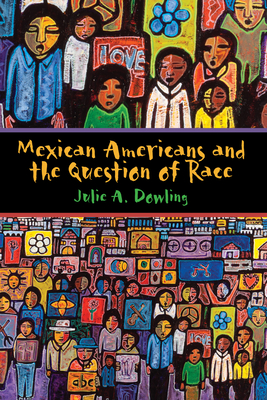 With Mexican Americans constituting a large and growing segment of U.S. society, their assimilation trajectory has become a constant source of debate. Some believe Mexican Americans are following the path of European immigrants toward full assimilation into whiteness, while others argue that they remain racialized as nonwhite. Drawing on extensive interviews with Mexican Americans and Mexican immigrants in Texas, Dowling’s research challenges common assumptions about what informs racial labeling for this population. Her interviews demonstrate that for Mexican Americans, racial ideology is key to how they assert their identities as either in or outside the bounds of whiteness. Emphasizing the link between racial ideology and racial identification, Dowling offers an insightful narrative that highlights the complex and highly contingent nature of racial identity.

Julie A. Dowling is Associate Professor of Latina/Latino Studies at the University of Illinois, Urbana-Champaign. She coedited Governing Immigration Through Crime: A Reader.