Charity and Its Fruits (Paperback) 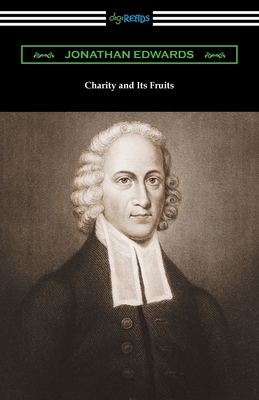 "Charity and Its Fruits" is a collection of sermons by Jonathan Edwards, one of America's most important religious leaders and theologians. Edwards was a significant force in the rise of religious devotion in the United States in the 1730s known as the First Great Awakening and became a popular American revivalist preacher. His "Sinners in the Hands of an Angry God" is one of the most famous sermons ever given and remains a widely read classic of American literature. "Charity and Its Fruits" is one of Edwards' earlier collections of sermons and the works are concerned with the topics of charity, Christian love, and devotion to God. These inspiring and comforting sermons show what is possible when the faithful act with a charitable spirit rather than with an envious or selfish one. Edwards preached a life of humility, good deeds, and quiet devotion. His discussion of 1 Corinthians 13 remains one of the most powerful ever written. "Charity and Its Fruits" is a reassuring and accessible introduction to one of America's most famous religious figures. This edition is printed on premium acid-free paper.