Now It's My Turn: A Daughter's Chronicle of Political Life (Paperback) 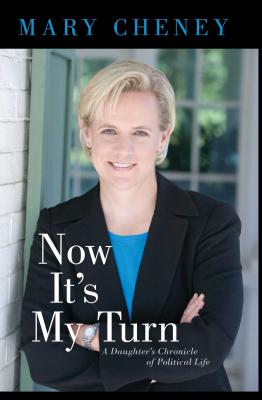 Who is Mary Cheney?

In the most eagerly awaited political memoir of the season, Mary Cheney, who served as a top campaign aide to her father, the vice president, presents a behind-the-scenes look at the high-intensity world of presidential politics and talks for the first time about her life, her family, and her role in the campaigns of 2000 and 2004.

As a senior adviser to her father, she was in the middle of every major event of the 2000 and 2004 presidential contests -- at the conventions, the debates, and on the trail. Both elections made history -- and so did Mary. And for the first time ever, she writes about what it was like to be at the center of her father's campaigns as his daughter, as a member of the senior staff, and, though she never intended it, as a political target for the other side.

Mary, her experiences, and her opinions, have been the subject of intense debate in the media and from activists on both ends of the political spectrum, but she has never spoken publicly about herself, her life, or her political views -- until now.

In Now It's My Turn, a frank, funny, and down-to-earth memoir, Mary Cheney describes life inside the bubble of a national campaign. She talks about her close relationship with her parents, how it feels to be pursued by the press, and what it was like when John Edwards and John Kerry made her sexual orientation an issue in live debates televised to millions of Americans. As she describes it, life inside a presidential campaign can be uplifting, frustrating, and heartbreaking, but no matter what else it may be, it's always entertaining.

Mary Cheney served as the personal aide to her father, the vice presidential nominee, during the 2000 presidential campaign. In 2004, she was director of vice presidential operations for Bush-Cheney '04. Ms. Cheney is a graduate of Colorado College and holds an M.B.A. from the University of Denver. She currently works for AOL, Inc., and lives in Great Falls, Virginia, with her partner, Heather Poe.