The Whale Warriors: The Battle at the Bottom of the World to Save the Planet's Largest Mammals (MP3 CD) 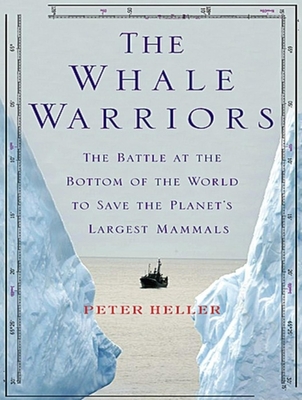 In the tradition of The Perfect Storm, The Whale Warriors takes us on a hair-raising journey aboard a whale-saving pirate ship with a vigilante crew whose mission is to stop illegal Japanese whaling in the stormy remote seas off Antarctica. For two months, journalist Peter Heller rode aboard the vegan pirate ship Farley Mowat as it stalked its prey-a Japanese whaling fleet-through the storms and ice of Antarctica. The ship is black, flies under a jolly roger, and carries members of the Sea Shepherd Society, a radical environmental group who are willing to die to stop illegal whale hunting. The Sea Shepherd ship, led by the charismatic Captain Paul Watson-a modern-day anti-Ahab-takes extreme risks in defense of whales and ratchets up the stakes. The ship is almost sunk twice, once in a force gale. Heller re-creates a nail-biting showdown when Watson and the crew attempt to ram an enormous Japanese whaling ship on the high seas, trying to tear open its hull with a steel blade called a "can opener." The crews on board both ships know that there will be no assistance in this desolate part of the ocean. In thirty-five-foot seas, it is a deadly game of Antarctic chicken and a fast-paced, rollicking adventure in which the stakes cannot be higher.

Peter Heller is a seasoned adventure journalist and a senior contributor to "Outside" magazine.

James Boles is an accomplished audiobook narrator and an award-winning stage actor.

"Heller's writing is energetic and bold, at times a swashbuckling adventure, at others a portrait of a determined eco-warrior, at others a heart-rending expose on the cruelty of whalers." ---Publishers Weekly