The Learned Practice of Religion in the Modern University (Scientific Studies of Religion: Inquiry and Explanation) (Paperback) 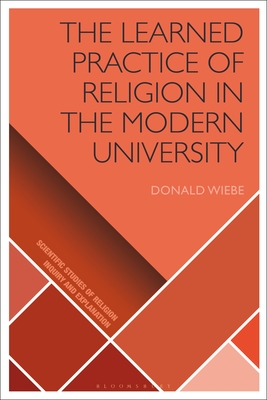 In these essays, Donald Wiebe unveils a significant problem in the academic study of religion in colleges and universities in North America and Europe - that studies almost always exhibit a religious bias. To explore this issue, Wiebe looks at the religious and moral agendas behind the study of religion, showing that the boundaries between the objective study of religion and religious education as a tool for bettering society have become blurred. As a result, he argues, religious studies departments have fostered an environment where religion has become a learned or scholarly practice, rather than the object of academic scrutiny.

Donald Wiebe is Professor of Philosophy at Trinity College, University of Toronto, Canada.