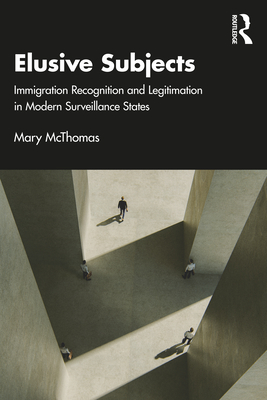 In this book, Mary McThomas examines how individuals can claim their own subjecthood while still evading the identity-forming powers of state surveillance.

Building on post-colonial theories, Queer theories, and surveillance studies, McThomas analyzes how the creation of categories and identities can serve as a form of control or, conversely, can be used as a form of resistance. In doing so, she discusses ways in which state power is extended or frustrated, and the way in which the unauthorized resident shapes public discourse and policy. Featuring over 100 hours of committee meetings, public hearings, and legislative floor debates on sanctuary cities in the United States, McThomas argues for policies that recognize and protect residents while allowing them to remain invisible to federal immigration enforcement officers. She locates sites of contestation and potential points of resistance that allow for individuals to self-create their identities free from state intervention. It is these sites and practices that help to subvert the state's monopoly on determining which bodies matter and which stories are heard.

Elusive Subjects: Immigrant Recognition and Legitimation in Modern Surveillance States will appeal to scholars and instructors in the fields of citizenship studies, surveillance studies, immigration policy, and migration studies.

Mary McThomas is Associate Professor of Political Science at the University of California, Irvine. She studies theories of citizenship and migration, feminist theory, and the right to privacy.