Justify My Sins: A Hollywood Novel in Three Acts (Paperback) 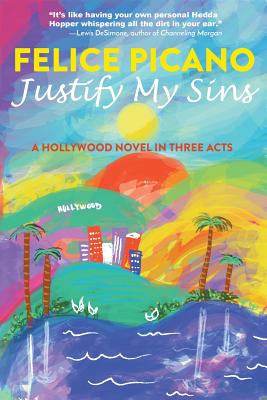 Victor Regina should be perfectly happy in New York City. His novels are best sellers, he has a kick-ass agent, and the upcoming Black Party at the exclusive Club Flamingo promises to be a cornucopia of gay desire. But New York is hard. The city is gripped by a winter that won't quit, and although he has plenty of dishy friends, there is no lover in the picture. When his agent calls with an offer from Hollywood to adapt his latest novel, Justify My Sins, for a famous director, he jumps at the chance.

In "El Lay," the sun is warm, the food is fantastic, the men are plentiful and eager. It's all so easy. So easy, in fact, that Victor begins to suspect there's nothing quite real about it--not the quick affairs, not the luxurious cars and ostentatious architecture, and certainly not the film script or scenario or treatment or whatever the hell it is everyone expects him to write. He begins to long for NYC, hard but real.

Noted names and events of the 1970s, '80s, and '90s intermingle with personal triumphs and private tragedies in this hilarious roman clef with a heart. Felice Picano exposes the clash between celebrity and integrity, the rivalry between love and lust, while showcasing the grittiness of Manhattan and the voluptuous of Hollywood. Through disastrous production meetings, steamy sex clubs, and encounters with friends who grow old, or strange, or both, Victor tries not once, not twice, but three times to find authenticity and contentment in a life that, while perhaps never fully justified, is fully lived.