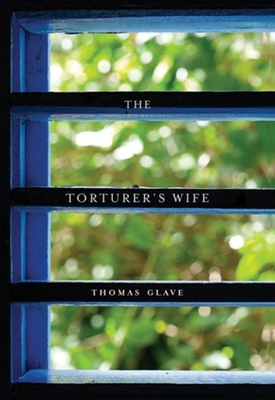 Nominated for the 2010 Stonewall Book Award, the oldest book award given for outstanding achievement in Gay, Lesbian, Bisexual and Transgendered Literature

A woman is haunted by the atrocities committed by her husband, and makes a heart-wrenching decision about atonement; secret fears and unspoken desires reveal the profound ambivalence at the heart of an interracial couple's relationship; a Jamaican man mourns his friend's death at the hands of anti-gay vigilantes; and two extraordinary young men escape the horrors of slavery when they leave their bodies behind on the Middle Passage.

Known for his courageous explorations into the heavily mined territories of race and sexuality, Thomas Glave offers a series of profound portraits of the traumas of war, the ravages of homophobia and racism, and the ultimate triumph of desire.

"The Torturer's Wife is one of the most interesting American books I have read. . . . a literary text that incites the reader to become a conscious and seduced re-reader."--Juan Goytisolo, The Marx Family Saga

"Glave's disruption of form is a powerful metaphor for sexual, racial and geopolitical disjunctions. Glave is a gifted stylist . . . blessed with ambition, his own voice and an impressive willingness to dissect how individuals actually think and behave."--New York Times Book Review

"Thomas Glave walks the path of such greats in American literature as Richard Wright and James Baldwin . . ."--Gloria Naylor, The Women Of Brewster Place

"Glave is a brilliant writer of startingly fresh prose . . . his stories are intricate tapestries of life rendered through a triumphant act of the imagination."--Clarence Major, My Amputations

Thomas Glave is an O. Henry award-winning author and was named a Village Voice Writer on the Verge in 2001. He is the author of Whose Song? and Other Stories, Words to Our Now: Imagination and Dissent (winner of the Lambda Literary Award for Nonfiction) and editor of Our Caribbean: A Gathering of Lesbian and Gay Writing from the Antilles. He has taught at the State University of New York at Binghamton and at the Massachusetts Institute of Technology.

Thomas Glave was born in the Bronx and grew up there and in Kingston, Jamaica. His work has earned many honors, including an O. Henry Prize and a Fulbright fellowship to Jamaica. His fiction and essays have appeared in numerous literary journals and he is the editor of two anthologies of gay and lesbian writing.