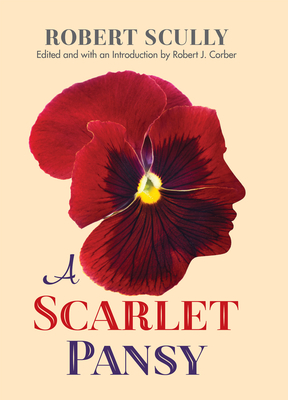 First published in 1932, A Scarlet Pansy is an extraordinarily vivid and richly textured depiction of American queer life in the early twentieth century, tracing the coming-of-age of androgynous Fay Etrange. Born in small-town Pennsylvania and struggling with her difference, Fay eventually accepts her gender and sexual
nonconformity and immerses herself in the fairy subculture of New York City. A self-proclaimed "oncer"--never tricking with same man twice--she immerses herself in the nightclubs, theaters, and street life of the city, cavorting with kindred spirits including female impersonators, streetwalkers, and hustlers as well as other fairies and connoisseurs of rough trade. While reveling in these exploits she becomes a successful banker and later attends medical school, where she receives training in obstetrics. There she also develops her life's ambition to find a cure for gonorrhea, a disease supposedly "fastened on mankind as a penalty for enjoying love."

A Scarlet Pansy stands apart from similar fiction of its time--as well as that of the ensuing decades--by celebrating rather than pathologizing its effeminate and sexually adventurous protagonist. In this edition, republished for the first time in its original unexpurgated form, Robert J. Corber examines the way in which it flew in the face of other literature of the time in its treatment of gender expression and same-sex desire. He places the novel squarely within its social and cultural context of nearly a century ago while taking into account the book's checkered publication history as well as the question of the novel's unknown author. Much more than cultural artifact, A Scarlet Pansy remains a uniquely delightful and penetrating work of literature, resonating as much with present-day culture as it is illuminating of our understanding of queer history and challenging our notions of what makes a man a woman, and vice-versa.

Robert Scully is the unknown author of A Scarlet Pansy. Robert J. Corber is William R. Kenan Jr. Professor in American Institutions and Values at Trinity College. He is the author and editor of several books, including, most recently, Cold War Femme: Lesbianism, National Identity, and Hollywood Cinema.