Homophobias: Lust and Loathing Across Time and Space (Paperback) 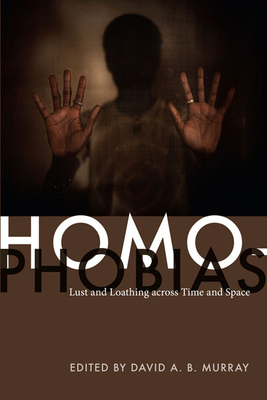 What is it about "the homosexual" that incites vitriolic rhetoric and violence around the world? How and why do some people hate queers? Does homophobia operate differently across social, political, and economic terrains? What are the ambivalences in homophobic discourses that can be exploited to undermine its hegemonic privilege? This volume addresses these questions through critical interrogations of sites where homophobic discourses are produced. It provides innovative analytical insights that expose the complex and intersecting cultural, political, and economic forces contributing to the development of new forms of homophobia. And it is a call to action for anthropologists and other social scientists to examine more carefully the politics, histories, and contexts of places and people who profess hatred for queerness.

The contributors to this volume open up the scope of inquiry into processes of homophobia, moving the analysis of a particular form of "hate" into new, wider sociocultural and political fields. The ongoing production of homophobic discourses is carefully analyzed in diverse sites including New York City, Australia, the Caribbean, Greece, India, and Indonesia, as well as American Christian churches, in order to uncover the complex operational processes of homophobias and their intimate relationships to nationalism, sexism, racism, class, and colonialism. The contributors also critically inquire into the limitations of the term homophobia and interrogate its utility as a cross-cultural designation.

David A. B. Murray is Associate Professor of Anthropology and Director of the Graduate Program in Women's Studies at York University in Toronto. He is the author of Opacity: Gender, Sexuality, Race, and the "Problem" of Identity in Martinique.