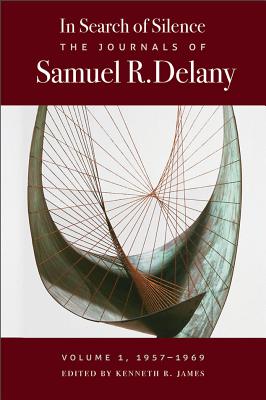 For fifty years Samuel Delany has cultivated a special relationship with language in works of fiction, criticism, and memoir that have garnered critical praise and legions of fans. The present volume - the first in a series - reveals a new dimension of his genius. In Search of Silence presents over a decade's worth of Delany's private journals, commencing in 1957 when he was still a student at the Bronx High School of Science, and ending in 1969 when he was living in San Francisco and on the verge of reconceiving the novel that would become Dhalgren.

In these pages, Delany muses on the writing of the stories that will establish him as a science fiction wunderkind, the early years of his marriage to the poet Marilyn Hacker, performances as a singer-songwriter during the heyday of the American folk revival, travels in Europe, experiences in a New York City commune, and much more - and crosses paths with artists working in many genres, including poets such as Robert Frost, W. H. Auden, and Marie Ponsot, and science fiction writers such as Arthur C. Clarke, Michael Moorcock, Roger Zelazny, and Joanna Russ. Delany scholar Kenneth R. James presents the journal entries alongside generous samplings of story outlines, poetry, fragments of novels and essays that have never seen publication, and more; James also provides biographical synopses and an extensive set of endnotes to supply contextual information and connect journal material to Delany's published work.

SAMUEL R. DELANY is an award-winning author of numerous works of fiction and nonfiction, most recently Through the Valley of the Nest of Spiders. He lives in New York City. KENNETH R. JAMES is a noted Delany scholar and author of the introductions to Longer Views and 1984. He lives in Cushing, Maine.