Sex and the Slayer: A Gender Studies Primer for the Buffy Fan (Paperback) 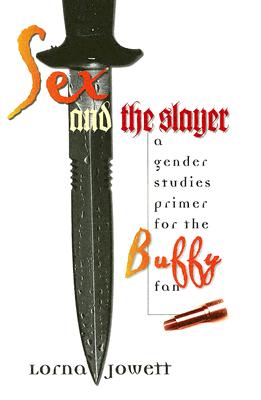 An introduction to gender studies through one of TV's most popular shows.

During its seven-year run, Buffy the Vampire Slayer attracted a wide range of viewers and almost unprecedented academic interest. Sex and the Slayer explores one of the most talked-about topics in relation to this pioneering TV series--gender. As fantasy, Buffy potentially opens up a space for alternative representations of gender. But how alternative can popular television be?
Taking a feminist cultural studies approach, Jowett explores the ways in which the series represents femininity, masculinity, and gendered relations, including sexuality and sexual orientation. Written for undergraduates, Sex and the Slayer provides an introduction to the most important theoretical and historical underpinnings of contemporary gender criticism as it examines a range of thought-provoking issues: role reversal, the tension between feminism and femininity, the crisis of masculinity, gender hybridity, the appeal of bad girls, romance, and changing family structures. Through this introductory analysis, Jowett shows that Buffy presents a contradictory mixture of subversive and conservative images of gender roles and as such is a key example of the complexity of gender representation in contemporary television.

LORNA JOWETT is a Senior Lecturer in American Studies at University College Northampton in the U.K. and an avid Buffy fan.