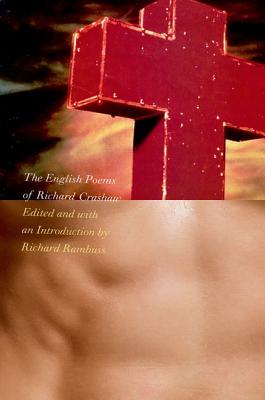 “Crashaw is quite alone in his peculiar kind of greatness.” —T. S. Eliot

This is the first new critical edition in more than forty years of an astounding and unjustly neglected poet of sacred eroticism and homoeroticism—the traditional yet nevertheless startling expression of ecstatic religious feeling in sexual terms. Flamboyant, experimental, and cosmopolitan in his literary and religious preferences, Richard Crashaw (ca. 1613–1649) wrote exultant, high-flying verse that remains the most sustained effort in English to render ecstasy poetically. Routinely misunderstood and at times even maligned for his supposed bad taste, Crashaw mixes the languages of erotic and religious rapture in powerful poems about holy women such as Mary Magdalene, Teresa of Ávila, and the Virgin Mary, but also in lyrics about Christ’s naked, crucified body, making Crashaw one of the queerest of religious poets.

Presenting Crashaw to a new generation of readers, Richard Rambuss has newly edited all of his English poems, with modern spelling and full annotations. This volume replicates Crashaw’s books, the 1646 version of Steps to the Temple and Carmen Deo Nostro (1652), and includes his important verse letter to the Countess of Denbigh, as well as manuscript poems. Rambuss offers an extensive critical, biographical, and historical introduction that reassesses Crashaw and his significance and gives a chronology of the poet’s life.

Richard Rambuss is professor of English at Brown University. He is the author of Closet Devotions and Spenser’s Secret Career.