Becoming Nicole: The Transformation of an American Family (Hardcover) 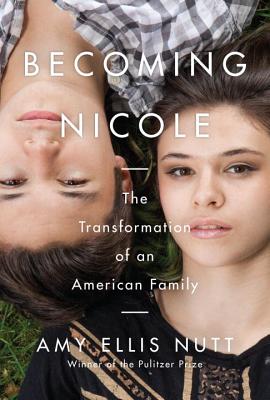 NEW YORK TIMES BESTSELLER A NEW YORK TIMES NOTABLE BOOK NAMED ONE OF THE TEN BEST BOOKS OF THE YEAR BY PEOPLE AND ONE OF THE BEST BOOKS OF THE YEAR BY MEN S JOURNAL ASTONEWALL HONOR BOOK IN NONFICTION FINALIST FOR THE LAMBDA LITERARY AWARD FOR TRANSGENDER NONFICTION
The inspiring true story of a transgender girl, her identical twin brother, and an ordinary American family's extraordinary journey to understand, nurture, and celebrate the uniqueness in us all, from the Pulitzer Prize winning science reporter for The Washington Post
When Wayne and Kelly Maines adopted identical twin boys, they thought their lives were complete. But it wasn t long before they noticed a marked difference between Jonas and his brother, Wyatt. Jonas preferred sports and trucks and many of the things little boys were supposed to like; but Wyatt liked princess dolls and dress-up and playing Little Mermaid. By the time the twins were toddlers, confusion over Wyatt's insistence that he was female began to tear the family apart. In the years that followed, the Maineses came to question their long-held views on gender and identity, to accept and embrace Wyatt's transition to Nicole, and to undergo an emotionally wrenching transformation of their own that would change all their lives forever.
Becoming Nicole chronicles a journey that could have destroyed a family but instead brought it closer together. It's the story of a mother whose instincts told her that her child needed love and acceptance, not ostracism and disapproval; of a Republican, Air Force veteran father who overcame his deepest fears to become a vocal advocate for trans rights; of a loving brother who bravely stuck up for his twin sister; and of a town forced to confront its prejudices, a school compelled to rewrite its rules, and a courageous community of transgender activists determined to make their voices heard. Ultimately, Becoming Nicole is the story of an extraordinary girl who fought for the right to be herself.
Granted wide-ranging access to personal diaries, home videos, clinical journals, legal documents, medical records, and the Maineses themselves, Amy Ellis Nutt spent almost four years reporting this immersive account of an American family confronting an issue that is at the center of today's cultural debate. Becoming Nicole will resonate with anyone who's ever raised a child, felt at odds with society's conventions and norms, or had to embrace life when it plays out unexpectedly. It's a story of standing up for your beliefs and yourself and it will inspire all of us to do the same.
Praise for Becoming Nicole
A profoundly moving true story about one remarkable family's evolution. People
Fascinating and enlightening. Cheryl Strayed
Exceptional . . . Stories move the walls that need to be moved, Nicole told her father last year. In telling Nicole's story and those of her brother and parents luminously, and with great compassion and intelligence, that is exactly what Amy Ellis Nutt has done. The Washington Post
If you aren t moved by Becoming Nicole, I d suggest there's a lump of dark matter where your heart should be. Jennifer Senior, The New York Times

Extraordinary . . . a wonderful and inspiring story. Minneapolis Star Tribune
A downright necessary book and a remarkable act of generosity by the Maines family. BuzzFeed

Amy Ellis Nutt won the Pulitzer Prize in 2011 for her feature series The Wreck of the Lady Mary, about the 2009 sinking of a fishing boat off the New Jersey coast. She is a health and science writer at The Washington Post, the author of Shadows Bright as Glass, and the co-author of the New York Times bestseller The Teenage Brain. She was a Nieman Fellow in Journalism at Harvard University, a Ferris Professor of Journalism at Princeton, and an instructor of journalism at the Columbia University Graduate School of Journalism. She lives in Washington, D.C."