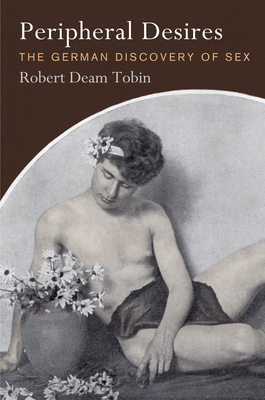 In Peripheral Desires, Robert Deam Tobin charts the emergence, from the 1830s through the early twentieth century, of a new vocabulary and science of human sexuality in the writings of literary authors, politicians, and members of the medical establishment in German-speaking central Europe--and observes how consistently these writers, thinkers, and scientists associated the new nonnormative sexualities with places away from the German metropoles of Berlin and Vienna.

In the writings of Aim e Duc and Lou Andreas-Salom , Switzerland figured as a place for women in particular to escape the sexual confines of Germany. The sexual ethnologies of Ferdinand Karsch-Haack and the popular novels of Karl May linked nonnormative sexualities with the colonies and, in particular, with German Samoa. Same-sex desire was perhaps the most centrifugal sexuality of all, as so-called Greek love migrated to numerous places and peoples: a curious connection between homosexuality and Hungarian nationalism emerged in the writings of Adalbert Stifter and Karl Maria Kerbeny; Arnold Zweig built on a long and extremely well-developed gradation of associating homosexuality with Jewishness, projecting the entire question of same-sex desire onto the physical territory of Palestine; and Thomas Mann, of course, famously associated male-male desire with the fantastically liminal city of Venice, lying between land and sea, Europe and the Orient.

As Germany--and German-speaking Europe--became a fertile ground for homosexual subcultures in the nineteenth and early twentieth centuries, what factors helped construct the sexuality that emerged? Peripheral Desires examines how and why the political, scientific and literary culture of the region produced the modern vocabulary of sexuality.

Robert Deam Tobin is Henry J. Leir Chair in Language, Literature and Culture at Clark University. He is the author of Warm Brothers: Queer Theory and the Age of Goethe, also available from the University of Pennsylvania Press.