The Worlds of Lincoln Kirstein (Paperback) 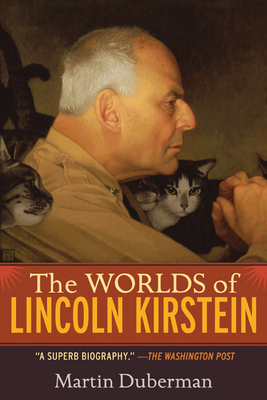 Finalist, 2008 Pulitzer Prize Lincoln Kirstein was a tireless champion of the arts in America. Working behind the scenes to provide artists with money, space, audiences, and, at times, emotional support, he helped found such landmark cultural institutions as the New York City Ballet, the School of American Ballet, New York's Lincoln Center and Stratford's American Shakespeare Festival. Duberman's biography sheds light on this lamentably neglected cultural figure. Though best known as a benefactor of the arts, Kirstein was also an adept critic, poet and novelist who published some fifteen books in his lifetime. From his undergraduate years at Harvard, where he established the influential literary magazine Hound and Horn, as well as the Harvard Society for Contemporary Art (precursor to the Modern Museum of Art), to his complex and historically significant relationship with George Balanchine, Kirstein's contributions were indespensible to the development of the arts in America. Authoritative and elegant, Duberman's biography utilizes previously unavailable documents, including Kirstein's diaries, to reveal the keen eye, incessant self-doubt, and enormous ambition that drove Kirstein's relentless advocacy. The Worlds of Lincoln Kirstein brings attention to an important, but until-now unappreciated figure whose individual contribution to the arts was one of the greatest of the twentieth century.

Martin Duberman is Distinguished Professor Emeritus of History at the City University of New York. He is the author of some twenty books, including Charles Francis Adams (winner of the Bancroft Prize); James Russell Lowell (finalist for the National Book Award); Paul Robeson (winner of the George Freedley Memorial Award); Left Out: The Politics of Exclusion, Essays 1964-2002; Black Mountain: An Exploration in Community; and Cures: A Gay Man's Odyssey. His recent novel Haymarket has been published in several languages. Duberman's play In White America won the Drama Desk Award. He lives in New York City.

"<i>The Worlds of Lincoln Kirstein</i> is so richly detailed that it must be consulted by those interested in all whom Kirstein's life brushed."--<i>New York Times<i>

"Martin Duberman has written a superb biography of a man who early on recognized that literature and the fine arts don't only need creative spirits, they also need champions."--<i>Washington Post Book World</i>