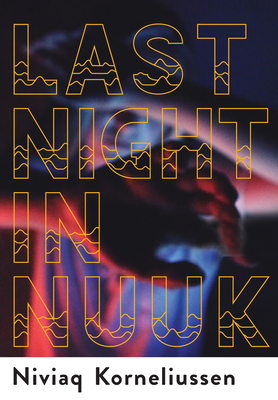 The highly acclaimed debut from an author profiled by the New Yorker as her country's "unlikely literary star," Last Night in Nuuk follows the lives of five young Greenlanders exploring their identities at the cusp of adulthood.

Niviaq Korneliussen is a ground-breaking young writer hailed for creating " her] own genre" (Politiken, Denmark) in her witty and fearless debut Last Night in Nuuk. A work of daring invention about young life in Greenland, Korneliussen brilliantly weaves together the coming of age of five young people in the capital city, Nuuk. Fia has recently sworn off sausage (men) only to discover that the woman she wants is unavailable. Arnaq struggles to cope with her past as her hard-partying life spirals out of control and she betrays those she loves most. Inuk, Fia's brother, is forced to escape Greenland after political scandal implicates him, and confronts the true meaning of home. Meanwhile, Ivik and Sara must confront an important transition in their relationship. In a collection of blurry nights and bleary mornings after, Korneliussen creates a Greenlandic literature unlike any we have known before--young, urbane, stream-of-consciousness, studded with textspeak and delirious with nightlife.

With vibrant imagery and daring prose, Korneliussen writes unforgettably about finding yourself and growing into the person you were meant to be. A stunning debut from a brave new voice, Last Night in Nuuk is a dashing entrance onto the literary scene and establishes her as a voice that cannot be ignored.

Niviaq Korneliussen won a prestigious short story competition in Greenland, when she was only 22. The resulting attention led to her being awarded a writing grant which produced Last Night in Nuuk. She lives in Nuuk, Greenland, travels frequently, and teaches writing classes in indigenous communities in the Greenlandic interior.