Chronicle of a Plague, Revisited: AIDS and Its Aftermath (Paperback) 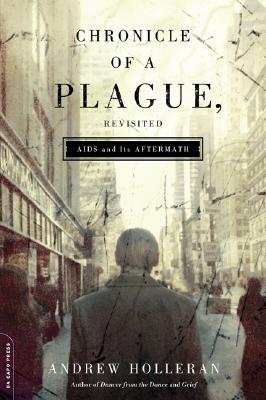 Andrew Holleran's Ground Zero, first published in 1988 and consisting of 23 Christopher Street essays from the earliest years of the AIDS crisis, was hailed by the Washington Post as "one of the best dispatches from the epidemic's height." Twenty years later, with HIV/AIDS long recognized as a global health challenge, Holleran both reiterates and freshly illuminates the devastation wreaked by AIDS, which has claimed the lives of 450,000 gay men as well as 22 million others. Chronicle of a Plague, Revisited features ten pieces never previously republished outside Christopher Street, as well as a new introduction keenly describing and evaluating a historical moment that still informs and defines today's world-particularly its community of homosexuals, which, arguably, is still recovering from the devastation of AIDS.

Andrew Holleran is also the author of a short story collection and four acclaimed novels, Dancer from the Dance, Nights in Aruba, The Beauty of Men, and Grief. He lives in Washington, D.C. and Florida.

Pop Matters
“A first class document…Holleran’s writings give some means by which to disentangle this otherwise unfathomable situation…It is essential reading.”

OutSmart
“The stories are important for our collective memory. There was a time when the gay community felt attacked by an invisible assailant, and Holleran (a fine writer—reason enough to own this book) records how that went, as it went. Poignant, angry, fearful, beautiful.”

Gay & Lesbian Review, Sep/Oct 2008
The emotions [these essays] capture makes it a universal drama—a cautionary tale and an unsettling look at how far we haven’t come.”

Lambda Book Report, Fall 08
“Poignant, melancholic, and disquieting…Holleran is one of the most vital and distinct voices in gay literature…Holleran’s new book of those forgotten days should endure.”