The Sex Lives of Cannibals: Adrift in the Equatorial Pacific (Paperback) 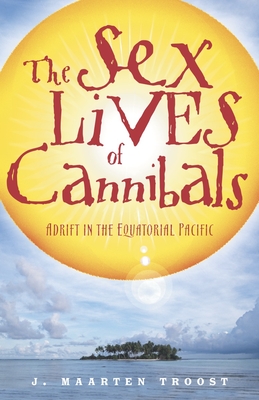 At the age of twenty-six, Maarten Troost—who had been pushing the snooze button on the alarm clock of life by racking up useless graduate degrees and muddling through a series of temp jobs—decided to pack up his flip-flops and move to Tarawa, a remote South Pacific island in the Republic of Kiribati. He was restless and lacked direction, and the idea of dropping everything and moving to the ends of the earth was irresistibly romantic. He should have known better.

The Sex Lives of Cannibals tells the hilarious story of what happens when Troost discovers that Tarawa is not the island paradise he dreamed of. Falling into one amusing misadventure after another, Troost struggles through relentless, stifling heat, a variety of deadly bacteria, polluted seas, toxic fish—all in a country where the only music to be heard for miles around is “La Macarena.” He and his stalwart girlfriend Sylvia spend the next two years battling incompetent government officials, alarmingly large critters, erratic electricity, and a paucity of food options (including the Great Beer Crisis); and contending with a bizarre cast of local characters, including “Half-Dead Fred” and the self-proclaimed Poet Laureate of Tarawa (a British drunkard who’s never written a poem in his life).

With The Sex Lives of Cannibals, Maarten Troost has delivered one of the most original, rip-roaringly funny travelogues in years—one that will leave you thankful for staples of American civilization such as coffee, regular showers, and tabloid news, and that will provide the ultimate vicarious adventure.

J. MAARTEN TROOST’s essays have appeared in the Atlantic Monthly, the Washington Post, and the Prague Post. He spent two years in Kiribati in the Equatorial Pacific and upon his return was hired as a consultant by the World Bank. After several years in Fiji, he recently relocated to the U.S. and now lives with his wife and son in California.