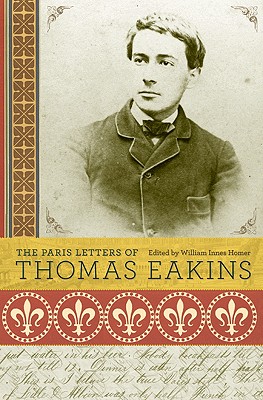 The most revealing and interesting writings of American artist Thomas Eakins are the letters he sent to family and friends while he was a student in Paris between 1866 and 1870. This book presents all these letters in their entirety for the first time; in fact, this is the first edition of Eakins's correspondence from the period. Edited and annotated by Eakins authority William Innes Homer, this book provides a treasure trove of new information, revealing previously hidden facets of Eakins's personality, providing a much richer picture of his artistic development, and casting fresh light on his debated psychosexual makeup. The book is illustrated with the small, gemlike drawings Eakins included in his correspondence, as well as photographs and paintings.

In these letters, Eakins speaks openly and frankly about human relationships, male companionship, marriage, and women. In vivid, charming, and sometimes comic detail, he describes his impressions of Paris--from the training he received in the studio of Jean-L on G r me to the museums, concerts, and popular entertainments that captured his imagination. And he discusses with great insight contemporary aesthetic and scientific theories, as well as such unexpected subjects as language structure, musical composition, and ice-skating technique. Also published here for the first time are the letters and notebook Eakins wrote in Spain following his Paris sojourn.

This long-overdue volume provides an indispensable portrait of a great American artist as a young man.

William Innes Homer is H. Rodney Sharp Professor Emeritus of Art History at the University of Delaware. His many books include Thomas Eakins: His Life and Art (Abbeville), Stieglitz and the Photo-Secession, 1902 (Viking Studio), and Alfred Stieglitz and the American Avant-Garde (Little, Brown).