The Gay Archipelago: Sexuality and Nation in Indonesia (Paperback) 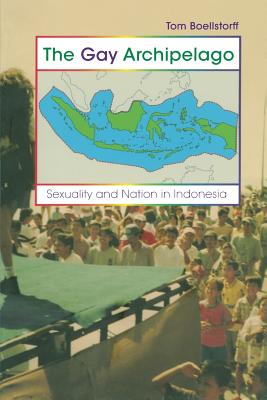 The Gay Archipelago is the first book-length exploration of the lives of gay men in Indonesia, the world's fourth most populous nation and home to more Muslims than any other country. Based on a range of field methods, it explores how Indonesian gay and lesbian identities are shaped by nationalism and globalization. Yet the case of gay and lesbian Indonesians also compels us to ask more fundamental questions about how we decide when two things are the same or different. The book thus examines the possibilities of an archipelagic perspective on sameness and difference.

Tom Boellstorff examines the history of homosexuality in Indonesia, and then turns to how gay and lesbian identities are lived in everyday Indonesian life, from questions of love, desire, and romance to the places where gay men and lesbian women meet. He also explores the roles of mass media, the state, and marriage in gay and lesbian identities.
The Gay Archipelago is unusual in taking the whole nation-state of Indonesia as its subject, rather than the ethnic groups usually studied by anthropologists. It is by looking at the nation in cultural terms, not just political terms, that identities like those of gay and lesbian Indonesians become visible and understandable. In doing so, this book addresses questions of sexuality, mass media, nationalism, and modernity with implications throughout Southeast Asia and beyond.

Tom Boellstorff is Associate Professor of Anthropology at the University of California, Irvine. He is author of A Coincidence of Desires: Anthropology, Queer Studies, Indonesia, coeditor of Speaking in Queer Tongues: Globalization and Gay Language, and editor in chief of American Anthropologist