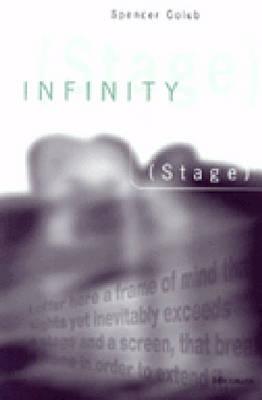 Infinity (Stage) is a highly original study and poetic meditation on the themes of death, memory, identity, and representation in theater, film, and literature. Inspired in part by the death of his father, Spencer Golub's scholarly entertainment employs imaginative wordplay, subtle humor, and textual layering to talk about the impossibility of being real. Infinity (Stage) is a masterful piece of performative writing, a quasi-memoir of a mind staging and screening its inner life, embodying a theory of the nature of art and existence.
This alternative approach to history uses mostly immaterial evidence, accident, and coincidence to subvert the widespread power and authority of the material world and its logical functions. The list of artists, authors, directors and other celebrities who make appearances includes Alfred Hitchcock, Bernardo Bertolucci, David Lynch, Fred Astaire, Harold Pinter, Herbert Blau, Jean Baudrillard, Jean Cocteau, Maurice Blanchot, Paul Auster, Peter Handke, Robert Wilson, Sam Shepard, Stanley Kubrick, Peter Greenaway, Maya Deren, Jocelyn Moorhouse, Tadeusz Kantor, Tom Stoppard, Vladimir Nabokov, and Rene Magritte, among others.
The author's interdisciplinary approach, the scope of his sources and concerns, his blending of critical analysis and creative writing, and his atten-tion to different genres and styles (narrative; dramatic; aphoristic; science, detective, and post-modern fictions) will appeal to readers in theatre, film, performance studies, philosophy, and creative writing. The book will also be of interest to readers who have experienced loss and to those who perceive meaning in things un-remembered, mis-remembered, and unseen.
"This book will change the way we think about theatre/film studies and their relation not only to ideology, politics, cultural studies, but to something far more demanding than enunciated and passing power relationships--to life." --Michal Kobialka, University of Minnesota
Spencer Golub is Professor of Theatre and Comparative Lit-erature, Brown University. His books include The Recurrence of Fate: Theatre and Memory in Twentieth-Century Russia, which won the prestigious Joe Callaway Award.