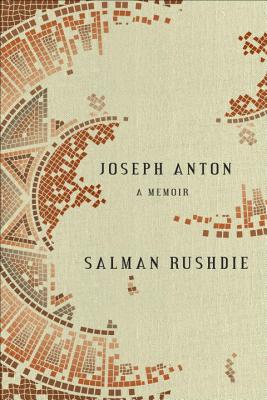 By Salman Rushdie, Sam Dastor (Read by)
Hard to Find - May not be reprinted

On February 14, 1989, Valentine’s Day, Salman Rushdie was telephoned by a BBC journalist and told that he had been “sentenced to death” by the Ayatollah Khomeini. For the first time he heard the word fatwa. His crime? To have written a novel called The Satanic Verses, which was accused of being “against Islam, the Prophet and the Quran.”

So begins the extraordinary story of how a writer was forced underground, moving from house to house, with the constant presence of an armed police protection team. He was asked to choose an alias that the police could call him by. He thought of writers he loved and combinations of their names; then it came to him: Conrad and Chekhov—Joseph Anton.

How do a writer and his family live with the threat of murder for more than nine years? How does he go on working? How does he fall in and out of love? How does despair shape his thoughts and actions, how and why does he stumble, how does he learn to fight back? In this remarkable memoir Rushdie tells that story for the first time; the story of one of the crucial battles, in our time, for freedom of speech. He talks about the sometimes grim, sometimes comic realities of living with armed policemen, and of the close bonds he formed with his protectors; of his struggle for support and understanding from governments, intelligence chiefs, publishers, journalists, and fellow writers; and of how he regained his freedom.

It is a book of exceptional frankness and honesty, compelling, provocative, moving, and of vital importance. Because what happened to Salman Rushdie was the first act of a drama that is still unfolding somewhere in the world every day.

Includes a prologue read by the Author.

“In Salman Rushdie . . . India has produced a glittering novelist—one with startling imaginative and intellectual resources, a master of perpetual storytelling.”—The New Yorker

“Salman Rushdie has earned the right to be called one of our great storytellers.”—The Observer

SALMAN RUSHDIE is the author of eleven previous novels--"Luka and the Fire of Life, Grimus, Midnight's Children "(for which he won the Booker Prize and the Best of the Booker), "Shame, The Satanic Verses, Haroun and the Sea of Stories," "The Moor's Last Sigh, The Ground Beneath Her Feet, Fury, Shalimar the Clown," and "The Enchantress of Florence"--and one collection of short stories, "East, West." He has also published three works of nonfiction: "The Jaguar Smile, Imaginary Homelands: Essays and Criticism 1981-1991," and "Step Across This Line," and coedited two anthologies, "Mirrorwork "and "Best American Short Stories 2008." He is a former president of American PEN.

“A harrowing, deeply felt and revealing document: an autobiographical mirror of the big, philosophical preoccupations that have animated Mr. Rushdie’s work throughout his career.”—Michiko Kakutani, The New York Times

“A splendid book, the finest . . . memoir to cross my desk in many a year.”—Jonathan Yardley, The Washington Post

“Compelling, affecting . . . demonstrates Mr. Rushdie’s ability as a stylist and storytelle. . . . [He] reacted with great bravery and even heroism.”—The Wall Street Journal

“Gripping, moving and entertaining . . . nothing like it has ever been written.”—The Independent (UK)

“A thriller, an epic, a political essay, a love story, an ode to liberty.”—Le Point (France)

“Action-packed . . . in a literary class by itself . . . Like Isherwood, Rushdie’s eye is a camera lens —firmly placed in one perspective and never out of focus.”—Los Angeles Review of Books

“One of the best memoirs you may ever read.”—DNA (India)