Housman Country: Into the Heart of England (Hardcover) 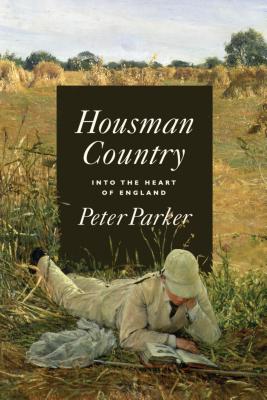 By Peter Parker
$30.00
If not in stock, we can Special Order from the publisher

A captivating exploration of A. E. Housman and the influence of his particular brand of Englishness

A. E. Housman’s A Shropshire Lad made little impression when it was first published in 1896 but has since become one of the best-loved volumes of poetry in the English language. Its evocation of the English coun - tryside, thwarted love, and a yearning for things lost is as potent today as it was more than a century ago, and the book has never been out of print.

In Housman Country, Peter Parker explores the lives of A. E. Housman and his most famous book, and in doing so shows how A Shropshire Lad has permeated English life and culture since its publication. The poems were taken to war by soldiers who wanted to carry England in their pockets, were adapted by composers trying to create a new kind of English music, and have influ - enced poetry, fiction, music, and drama right up to the present day. Everyone has a personal “land of lost content” with “blue remembered hills,” and Housman has been a tangible and far-reaching presence in a startling range of work, from the war poets and Ralph Vaughan Williams to Inspector Morse and Morrissey.

Housman Country is a vivid exploration of England and Englishness, in which Parker maps out terrain that is as historical and emotional as it is topographical.

Peter Parker was born in Herefordshire and educated in the Malverns, Dorset and London. He is the author of The Old Lie: The Great War and Public-School Ethos and biographies of J.R. Ackerley and Christopher Isherwood. He edited the Reader’s Companion to the Twentieth-Century Novel and The Reader’s Companion to Twentieth Century Writers, and was an associate editor of The Oxford Dictionary of National Biography. He writes about books and gardening for a wide variety of newspapers and magazines and lives in London’s East End.

The Financial Times, the Spectator, the Evening Standard and the Sunday Times Best Books of 2016

"Parker ably charts the weird but potent energies of Housman's poetic economy . . . Many of the responses, tributes, and recollection unearthed by Parker are both striking and moving . . . For numerous readers, Parker demonstrates in rich and varied detail, Housman's poetry both articulated and incarnated 'the land of lost content.'" —Mark Ford, New York Review of Books

"[A] fine exploration . . . Housman once described his poems as a kind of 'morbid secretion,' so what is their special appear to his countrymen? Parker offers an answer: 'At heart, Housman was a romantic -- though a romantic of a peculiarly doom-laden and tight-lipped English variety: Because one is lapidary, it does not mean one has a heart of stone.' Indeed." —Alan Riding, New York Times Book Review

"[Parker] offers a sensitive, well-researched study of the poet and his time . . . Mr. Parker is an unabashed enthusiast who makes a spirited case for the artistic merit of the work . . . Mr. Parker’s labor of love is enriched by a remarkable breadth of research and is guided by keen intelligence, and only a foolhardy writer would have the hubris to undertake another book of its kind." —Jamie James, Wall Street Journal

"Nobody could do it better. [Parker] has sympathetically explored the nature of Housman himself, and the intellectual climate of his day, and the particular sense of mingled pride, resentment and tragedy that was to haunt the England of his time...Parker explores far more profoundly than I can the personal, historical and intellectual impulses that created A Shropshire Lad." —Jan Morris, American Scholar

"An excellent, wholly attractive presentation of [Housman's] life and work by Peter Parker...who writes about his subject in such a way that suggests he is a good candidate for Housman’s ideal reader. In its combination of biographical and literary criticism, historical acuity, and finely tuned response to the “landscape” of Housman’s achievement, Parker provides an introduction to the poet that goes deep “into the heart of England,”as his subtitle has it." —William H. Pritchard, Commonweal

"Writing with elegance and an informed knowledge of the subject both deep and broad, Parker contributes a cultural history that itself is as distinguished a work of literature as its focus, a book often considered the first great classic of modern literature in English." —Booklist (starred review)

"This work embodies Englishness, with its focus on the rural and its elegiac tone . . . An enjoyable and informative account of a much-loved collection." —Library Journal

"Housman Country offers three books for the price of one: a lucid biographical portrait; a study of Housman's lasting influence on our culture; and, as an appendix, the whole of A Shropshire Lad. The poet who emerges is complex: cheery, grumpy,generous, begrudging, gentle and robust . . . As Parker shows in his fine study, the borders of Housman land are uncontrolled and stretch as far as Russia and China.” —Blake Morrison, The Guardian

"In offering this rich blend of literary criticism and cultural history, Parker proves to be the perfect guide to what he calls 'Housman Country', measured and discreetly witty . . . his fine book reminds us why so many readers still have passages of A Shropshire Lad by heart." —Robert Douglas-Fairhurst, The Spectator

"Peter Parker's new book is much more than a biography, and having lured us into Housman's life with a magpie's eye for detail, he then sets out on a tour of Housman Country—not a geographical area but a landscape of the mind in which 'literature, landscape,music and emotion' all contribute.” —Maggie Ferguson, The Economist

“This excellent and extraordinarily thorough biography … reminds us why [Housman] was so celebrated and how pervasive his influence on British culture has been.” —Mark Cocker, Sunday Telegraph

“[A] glorious fantasia on a theme of Housman … Peter Parker’s book is replete with fabulous observations.” —Roger Lewis, The Times

“Peter Parker’s study of the poems as a cultural phenomenon is an elegant guide to the “land of lost content” — an England of the imagination whose grip on the national psyche has proved curiously tenacious.” —Jane Shilling, Evening Standard (Books of the Year)