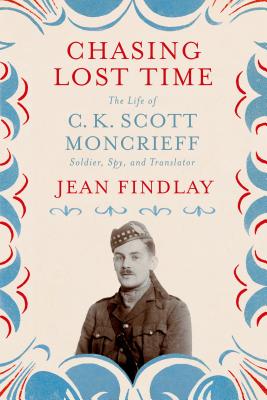 "And suddenly the memory returns. The taste was that of the little crumb of madeleine which on Sunday mornings at Combray (because on those mornings I did not go out before church-time), when I went to say good day to her in her bedroom, my aunt Léonie used to give me . . ." With these words, Marcel Proust's narrator is plunged back into the past. Since 1922, English-language readers have been able to take this leap with him thanks to translator C. K. Scott Moncrieff, who wrestled with Proust's seven-volume masterpiece—published as Remembrance of Things Past—until his death in 1930.
While Scott Moncrieff's work has shaped our understanding of one of the finest novels of the twentieth century, he has remained hidden behind the genius of the man whose reputation he helped build. Now, in this biography—the first ever of the celebrated translator—Scott Moncrieff's great-great-niece, Jean Findlay, reveals a fascinating, tangled life.
Catholic and homosexual; a partygoer who was lonely deep down; secretly a spy in Mussolini's Italy and publicly a debonair man of letters; a war hero described as "offensively brave," whose letters from the front are remarkably cheerful—Scott Moncrieff was a man of his moment, thriving on paradoxes and extremes. In Chasing Lost Time, Findlay gives us a vibrant, moving portrait of the brilliant Scott Moncrieff, and of the era—changing fast and forever—in which he shone.

Jean Findlay was born in Edinburgh and studied law and French at Edinburgh University, then theater in Krakow with Tadeusz Kantor. She ran a theater company, writing and producing plays in Berlin, Bonn, Dublin, Rotterdam, and the Pompidou Centre in Paris. She has written for The Scotsman, The Independent, The Guardian, and Time Out, and she lives in Edinburgh with her husband and three children. She is the great-great-niece of C. K. Scott Moncrieff.

“Jean Findlay . . . has given us at last a full portrait of this admirable man who, for most of us, has until now been only a shadowy figure.” —Walter Kaiser, The New York Review of Books