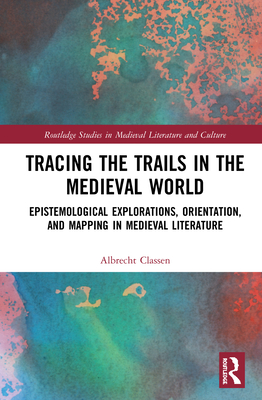 Every human being knows that we are walking through life following trails, whether we are aware of them or not. Medieval poets, from the anonymous composer of Beowulf to Marie de France, Hartmann von Aue, Gottfried von Strassburg, and Guillaume de Lorris to Petrarch and Heinrich Kaufringer, predicated their works on the notion of the trail and elaborated on its epistemological function. We can grasp here an essential concept that determines much of medieval and early modern European literature and philosophy, addressing the direction which all protagonists pursue, as powerfully illustrated also by the anonymous poets of Herzog Ernst and Sir Gawain and the Green Knight. Dante's Divina Commedia, in fact, proves to be one of the most explicit poetic manifestations of the fundamental idea of the trail, but we find strong parallels also in powerful contemporary works such as Guillaume de Deguileville's P lerinage de la vie humaine and in many mystical tracts.

Dr. Albrecht Classen is a University Distinguished Professor of German Studies at the University of Arizona focusing mostly on medieval and early modern literature and culture.