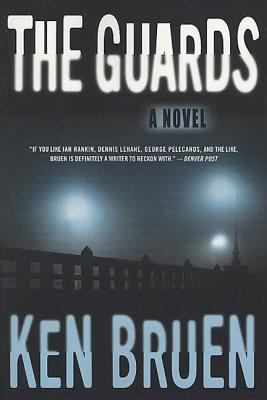 This is book number 1 in the Jack Taylor Series series.

Still stinging from his unceremonious ouster from the Garda Siochana--The Guards, Ireland's police force--and staring at the world through the smoky bottom of his beer mug, Jack Taylor is stuck in Galway with nothing to look forward to. In his sober moments Jack aspires to become Ireland's best private investigator, not to mention its first--Irish history, full of betrayal and espionage, discourages any profession so closely related to informing. But in truth Jack is teetering on the brink of his life's sharpest edges, his memories of the past cutting deep into his soul and his prospects for the future nonexistent.

Nonexistent, that is, until a dazzling woman walks into the bar with a strange request and a rumor about Jack's talent for finding things. Odds are he won't be able to climb off his barstool long enough to get involved with his radiant new client, but when he surprises himself by getting hired, Jack has little idea of what he's getting into.

Stark, violent, sharp, and funny, The Guards is an exceptional novel, one that leaves you stunned and breathless, flipping back to the beginning in a mad dash to find Jack Taylor and enter his world all over again. It's an unforgettable story that's gritty, absorbing, and saturated with the rough-edged rhythms of the Galway streets. Praised by authors and critics around the globe, The Guards heralds the arrival of an essential new novelist in contemporary crime fiction.

Ken Bruen's The Guards is a 2004 Edgar Award Nominee for Best Novel.

Ken Bruen has been a finalist for the Edgar and Anthony Awards, and has won a Macavity Award, a Barry Award, and two Shamus Awards for the Jack Taylor series. He is also the author of the Inspector Brant series. Several of Bruen's novels have been adapted for the screen: The first six Jack Taylor novels were adapted into a television series starring Iain Glen; Blitz was adapted into a movie starring Jason Statham; and London Boulevard was adapted into a film starring Colin Farrell and Keira Knightley. Bruen lives in Galway, Ireland.

“Bruen is a brilliant, lyrical, deeply moving writer who can make you laugh and cry in the same paragraph and whose characters are so sharply portrayed that they almost walk off the page at you. If you like Ian Rankin, Dennis Lehane, Pelecanos, and the like, Bruen is definitely a writer to reckon with.” —Denver Post

“Bruen is an original, grimly hilarious and gloriously Irish. I await the further adventures of the incorrigible Jack Taylor.” —Patrick Anderson, Washington Post

“The next major new Irish voice we hear might well belong to Ken Bruen.” —Chicago Tribune