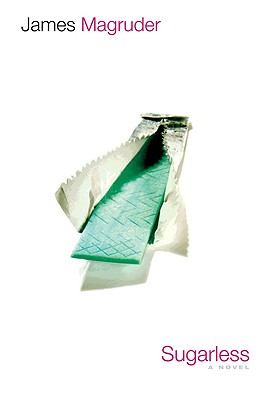 Things look bad for Rick Lahrem, a high school sophomore in a cookie-cutter Chicago suburb in 1976. His mother’s second husband is a licensed psychologist who eats like an ape, his stepsister is a stoner slut, and his father is engaged to a Southern belle. Rick’s only solace is his growing collection of original Broadway-cast LPs, bought on the sly at Wax Trax.
After he brings two girls in speech class to tears by reading a story aloud, Rick is coaxed onto the interscholastic forensics team to perform an eight-minute dramatic interpretation of The Boys in the Band, the controversial sixties play about homosexuality. Unexpectedly successful at this oddball event, Rick begins winning tournaments and making friends with his teammates.
Rick also discovers the joys of sex—with a speech coach from a rival school—just as his mother, reacting to a deteriorating home environment, makes an unnerving commitment to Christ. The newly confident Rick assumes this too shall pass—until the combined forces of family, sex, and faith threaten to undo him at the state meet in Peoria.
James Magruder’s Sugarless offers a ruefully entertaining take on the simultaneous struggles of coming-out, coming-of-age, and coming-to-Jesus.  A selection of InsightOut Book Club
Finalist, Lambda Book Award for Gay Debut Fiction, Lambda Literary Foundation
Finalist, TLA Gaybie Award for Best Gay Fiction
Semi-finalist, James Branch Cabell First Novelist Award, Virginia Commonwealth University
Semi-finalist, William Saroyan International Prize For Writing, Stanford University

James Magruder is a playwright and award-winning translator who lives in Baltimore. He wrote the book for the Broadway musical Triumph of Love and has published stories in Bloom, Subtropics, and The Gettysburg Review. He teaches at Swarthmore College and the Yale School of Drama. This is his first novel.

“Magruder is a writer of immense gifts, with a voice—smart, playful, lyrical, subtle, unsparing—utterly unlike anyone else’s.”—Tony Kushner, playwright of Angels in America

“A remarkable debut. At once tender and satirical, Magruder illuminates the secret heart of every character, from the sixteen-year-old narrator who worships Broadway show tunes to the Christian girl who wears a live Peruvian cockroach pinned to her blouse.”—Richard McCann, author of Mother of Sorrows

“Sugarless is the rough chutes and ladders of adolescence against a realistic and hilarious evocation of the 1970s. If you ever wondered what makes boys tick, or you’ve been in danger of forgetting, this is the book you’ve been looking for.”—Amy Bloom, author of Away

“The tale of adolescent sexual awakening in James Magruder’s Sugarless reads so true it feels like it should be thrust into the hands of every confused protogay teenager.”—Out Magazine

"In this fascinating 1970s coming-of-age story, playwright and translator Magruder introduces readers to Rick Lahrem, a high school sophomore struggling with his sexuality, his loneliness and his new stepfamily. His only solace is the Broadway LPs he buys at the local record store, but when he's coaxed into joining his school's speech team, he finally discovers something he's successful at and a group of friends who actually seem to care about him. Then one day, while record shopping, he meets Ned Bolang, a speech coach from a rival high school, and a sexual affair ensues just as Rick's mother is finding Christ, an irony not lost on the reader. Rick and Ned's relationship is nuanced and complicated: Rick views Ned as the one person who can make him happy, but is the older Ned exploiting his young lover? While this novel may be about a homosexual relationship in the 1970s, the story captures the struggles of teenagers, straight and gay, of every generation."—Publishers Weekly

“With fine attention to detail and a resounding feel of truth James Magruder explores the burgeoning sexuality of a teenage boy in the Midwest bible belt coming to terms with his homosexuality.”—The Washington Times