My Germany: A Jewish Writer Returns to the World His Parents Escaped (Paperback) 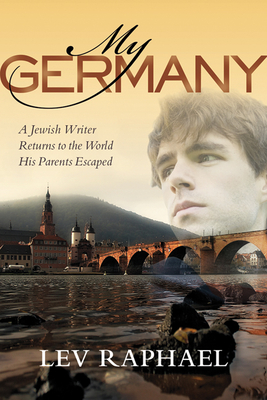 Haunted by his parents’ horrific suffering and traumatic losses under Nazi rule, Lev Raphael grew up loathing everything German. Those feelings shaped his Jewish identity, his life, and his career. While researching his mother’s war years after her death, he discovers a distant relative living in the very city where she had worked in a slave labor camp, found freedom, and met his father. Soon after, Raphael is launched on book tours in Germany and, in the process, redefines himself as someone unafraid to face the past and let it go.

Lev Raphael has spoken about his work on three continents and has been publishing fiction and prose about the Second Generation for more than thirty years—longer than any other American author. His nineteen books include The German Money, Writing a Jewish Life, and Dancing on Tisha B’Av. He lives in Okemos, Michigan.

“Raphael contributes again to the genre of second-generation Holocaust literature in which he is a pioneer. . . . True to his other works, his book is powerful and captivating to the end, painting vivid pictures of his parents’ suffering, his hatred of Germany, and eventually his healing and reconciliation.”—Library Journal

“Raphael’s struggle to emotionally and culturally reconcile with a Germany he could never forgive makes for somber reading. But his struggle to balance his identity as a Jew and a gay man is one even those outside this world can appreciate.”—EDGE